Evictions on the Increase

The except posted below of an article credited to Michael Casey of the Associated Press calls attention to rising evictions.  Staving off an eviction can be accomplished using the Chapter 13 bankruptcy process to pay back rent that is in arrears, and stop pending eviction proceedings.

Eviction filings nationwide have steadily risen in recent months and are approaching or exceeding pre-pandemic levels in many cities and states. That's in stark contrast to the pandemic, when state and federal moratoriums on evictions, combined with $46.5 billion in federal Emergency Rental Assistance, kept millions of families housed.

“I really think this is the tip of the iceberg,” Shannon MacKenzie, executive director of Colorado Poverty Law Project, said of June filings in Denver, which were about 24% higher than the same time three years ago. “Our numbers of evictions are increasing every month at an astonishing rate, and I just don't see that abating any time soon.”

According to The Eviction Lab, several cities are running far above historic averages, with Minneapolis-St. Paul 91% higher in June, Las Vegas up 56%, Hartford, Connecticut, up 32%, and Jacksonville, Florida, up 17%. In Maricopa County, home to Phoenix, eviction filings in July were the highest in 13 years, officials said.

Some legal advocates said the sharp increase in housing prices due to inflation is partly to blame. Rental prices nationwide are up nearly 15% from a year ago and almost 25% from 2019, according to the real estate company Zillow. Rental vacancy rates, meanwhile, have declined to a 35-year low of 5.8%, according to the Census Bureau.

A report last month from the National Low Income Housing Coalition found that a tenant working full time needs to make nearly $26 per hour on average nationally to afford a modest two-bedroom rental and $21.25 for a one-bedroom. The federal minimum wage is $7.25 an hour.

I believe in building a strong relationship with my clients and pay personal attention to their cases. I do not pass your paperwork off on various "legal assistants", or surprise you by having associate attorneys show up at your important hearings. I represent you aggressively from start to finis...

Thank you for contacting us. We will get back to you shortly.

Please complete all required fields below. 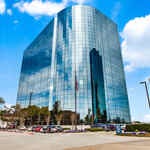 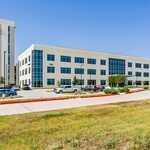